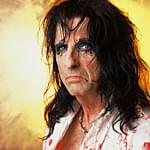 The package, which includes 1968’s Song to a Seagull, 1969’s Clouds, 1970’s Ladies of the Canyon and Mitchell’s lauded 1971 album, Blue, will arrive three days after the 50th anniversary of Blue‘s release.

You can pre-order The Reprise Albums now as a four-CD set, a four-LP 180-gram vinyl release and digitally.

Fans who pre-order the CD or vinyl version of the set from JoniMitchell.com will receive a limited-edition print of the cover art, a previously unseen Mitchell self-portrait. An essay by Go-Go’s singer Belinda Carlisle is included in the package.

For Song to a Seagull, Mitchell recently collaborated on an updated mix. According to Joni, the original mix of the David Crosby-produced album “was atrocious…It sounded like it was recorded under a jello bowl, so I fixed it!”

Clouds peaked at #31 on the Billboard 200 and features such memorable songs as “Both Sides, Now” and “Chelsea Morning.”

Ladies of the Canyon went to #27 on the Billboard 200, and includes classics like “Big Yellow Taxi,” “Woodstock” and “The Circle Game.”

Blue is widely considered Mitchell’s masterpiece. The album peaked at #15, and includes such enduring tunes as “My Old Man,” “Little Green,” “Carey,” “River” and “A Case of You.”  The newly remastered version of “A Case of You” is available now as an advance digital single.

The Reprise Albums (1968-1971) will be followed later this year by Joni Mitchell Archives Vol. 2, a box set featuring rare live and studio recordings from the same time period.

August 1st will be the 40th anniversary of MTV. I remember the day I stood in line for the new “Clicker” box for all the channels they added to the cable system in Wausau. They did it at the Mall Furniture building on Grand Avenue. A whole new world in TV viewing. They had a…… END_OF_DOCUMENT_TOKEN_TO_BE_REPLACED

WOW! This dry weather has kicked my ass with allergies. I know I know…we never seem to be 100 percent satisfied. It seems it’s always a trade off. Best thing I ever did years ago was get to an allergist, go on shot therapy and try to feel better. I was getting sinus infections every…… END_OF_DOCUMENT_TOKEN_TO_BE_REPLACED

Ladies and Gentlemen. Saturday I had a wonderful visit with Duane from Wildwood Wildlife Park in Minocqua. In that visit we discussed the RETURN of the beloved ZOO BOO event! A good sign as we get back to these great events again. Mark down Saturday October 9, 2021 as ZOO BOO returns to Wildwood Wildlife…… END_OF_DOCUMENT_TOKEN_TO_BE_REPLACED

With spring now officially sprung what do we look for in the coming summer months? Certainly, we are praying not a repeat of last year. I’m seeing many of the big summer events moving ahead as scheduled now. One of my favorites outside of the Northwoods is the EAA Fly in Oshkosh. As far as…… END_OF_DOCUMENT_TOKEN_TO_BE_REPLACED