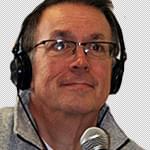 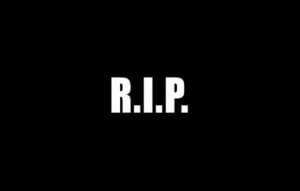 ‘Twasn’t a good start to 2019. We lost 4 folks this week.
First, like them or not the Captain and Tennille had some pop hits years ago and were quite popular.
Daryl Dragon (The Captain) passed away this week.
Bob Einstein who recently was on Curb Your Enthusiasm passed. Bob also was well known for his character “Super Dave Osborne”.
Neil Young’s ex wife Pegi passed away this week. She was the inspiration to some of Neil’s hits.
Finally, “Mean” Gene Okerlund passed away this week. I spent MANY nights watching this guy do these incredible (believable) interviews as if the guy he was interviewing actually just broke someone’s neck! Mean Gene was a pro and as far as I’m concerned made wrestling famous. Every bit a part of the “shtick” as the actual wrestlers were.

Well, it certainly was the 4th of July and this summer is RACING by for sure! Although I don’t think too many people will complain about getting rid of it quicker! Another 4th has come and gone but in my lifetime this one has to be the oddest in my years. No parades. Many communities…… END_OF_DOCUMENT_TOKEN_TO_BE_REPLACED

Well…we talked about it with you on the air and on the phone last week. Jurassic Park was the number 1 movie in the Country last week. YES…THAT movie! It was shown at multiple drive in theaters across the country. With that our discussion turned to drive in’s that were once in the Northwoods. There…… END_OF_DOCUMENT_TOKEN_TO_BE_REPLACED

Another Fathers Day has come and gone. I raised two Daughters completely on my own and I have to admit that this “holiday” is the closest to my heart. I wouldn’t change it for the world! I also am fortunate enough to receive thanks and gifts on Mothers Day which is very cool but Fathers…… END_OF_DOCUMENT_TOKEN_TO_BE_REPLACED

We all know that this time of year is HIGH GEAR for grilling. My new interest is that of the world of smoking meats. I’ve never done so and my interest is growing bigger. My problem is …what KIND of smoker to get? Electric, Wood, Pellets. As always with me I HATE decisions so the…… END_OF_DOCUMENT_TOKEN_TO_BE_REPLACED